Alhamdulillah, one of the books I’ve written has now been published. This is something I’ve been waiting for for a long time, and as the title says, it’s a dream come true. 🙂 Hopefully there will be more to come bi idhnillah.

May Allah ta’ala accept it and make it a means of benefit for the Ummah, ameen.

The End of the Road?

“The Year of the Visitors“. That’s what I would call this year if we still named years according to events liked they did in the past. It’s been a tough year, but there was a lot of good in it as well, alhamdulillah. And the one thing that stood out the most was the amount of illustrious scholars that visited our shores during this year. The one that I benefited the most from and for which I’m most grateful is the coming of Shaykh ‘Abdullah ibn Salih al-‘Ubayd. Alhamdulillah, I had the fortune of being amongst a few who recited a khatm to him and received ijazah in it from him, as well as in a number of other texts. Another leading, world-renowned scholar who graced us with his presence was Shaykh Ahmad ‘Isa al-Ma’sarawi, the previous Shaykh al-Maqari’ of Egypt. He was only here for a short while but we also benefited greatly from him alhamdulillah. The other visitors were Shaykhah Kareema Czerepinsky, Shaykh Ayman Safwat and Ustadh Nouman Ali Khan.

Another milestone achieved in this year was that I had my first students to receive ijazah from me, alhamdulillah. One received ijazah in the “Tuhfah” of Jamzuri and the other in the Qur’an. I also started reciting to a different teacher for my khatm in the Sab’ah Qira’at, by virtue of which I was able to make much more progress than I had done last year, alhamdulillah.

Things change all the time. That’s the only constant in life, and we’re all always passing through different stages. I used to be an active member of Ummah forum, and now I no longer am. I used to translate ahadith for Adage, and now I no longer do. I used to blog regularly… and now it seems like that too is no longer the case. It’s not simply the case that these things have fallen away… it’s more of the case of them being replaced with other activities. Hopefully those past activities were good for me and for others, but hopefully the new things that have taken their place are even better.

If it is, then I hope that you have benefited and learnt something from everything that has been shared on here. And I hope and make dua that Allah ta’ala accepts this as a sadaqah jariyah for me and that I continue to see the reward of it even after my death. As the Prophet sallallahu ‘alaihi wa sallam said, “When a man dies, all his deeds come to an end except for three: a sadaqah jariyah (an ongoing charity); knowledge he imparted which is benefited from; or a pious child who makes dua for him.” (Sahih Muslim)

Fi amanillah, and requesting your duas.

“Kathratut tilaawah (abundant recitation).” That was the beautifully succinct answer of one my teachers when he was asked as to how a person can strengthen their hifz. And that’s all that there is to it really. There are so many articles and advice out there as to what method to use, what to do, what not to do, when to memorise, which mus-haf to use, what to eat, etc. And all those things have their place alhamdulillah, but at the end of the day what it all boils down to is simply this: recite, recite, recite – and then recite some more. There are no short-cuts or easy paths here. Repetition after repetition after repetition is the only way to gain mastery over your hifz.

It’s like walking through a forest… The path at first might be overgrown and the journeying might therefore be difficult. You might tire soon and only be able to travel a short distance at a time. You might come to forks in the road leaving you confused to as to which path to take as they all seem so similar. But what happens the more and more you travel this journey? The path eventually becomes beaten out and easy to travel on. Your stamina increases and you are able to travel much greater distances at a time. And those forks in the path that seemed so perplexing before eventually no longer confuse you. But all this only comes with traveling this path, many, many times. Only after completing many, many khatms will you eventually begin to know your Qur’an well.

What do I mean by knowing your Qur’an well? I mean that you should be able to start reciting a particular juz of the Qur’an and complete it, without getting stuck such that you need to look in the mus-haf in order to be able to continue, and without having to revise the juz beforehand. Mistakes are inevitable, but those should be minimal. As was stated before, you would only be able to do this by reciting Qur’an a lot. So what does that mean? What constitutes a lot? In order to gain a certain a level of mastery of your hifz, I feel that it is necessary to go through at least a short period of time of intense recitation. For the least, five juz daily. Then to increase that and bring it up to ten juz a day, or even more if possible. That might sound like too much and an impossible task, but it can be done. And the best time to do this is now in Ramadan.

Perhaps we didn’t start off the month as well as we would have wished. Maybe we let the middle part of the month slip by without achieving as much as we would have liked. But at least now we still have the last ten days to rectify this and increase our recitation of the Qur’an as much as possible and try reach the heights outlined above, bi-idhnillah.

Outside of Ramadan it is very difficult to constantly recite a large amount, but we should at least be consistent in reciting a smaller amount. I feel that every two weeks is a nice amount of time in which to complete a khatm. It is not so short as to be too burdensome, but also short enough that it would keep your hifz on a strong level.

Another idea is to recite one khatm during the day and a different one at night. This is something Imam al-Ghazali mentions as being a practice of some of the predecessors. At first when I read it I thought it was something maybe out of reach of the ordinary person, and only for special slaves of Allah, but it too is something that can be attained with a little bit of effort. There are certain benefits to reciting from looking in the mus-haf, and there are other benefits to reciting from memory. Using this method, you could then recite during the day by looking in the mus-haf and recite at night from memory, and thus gain the best of both of these two ways of recitation.

May Allah ta’ala make it easy upon us all to recite His Kalaam in abundance and perfect our hifz of His Book, ameen.

The Most Beautiful Faces 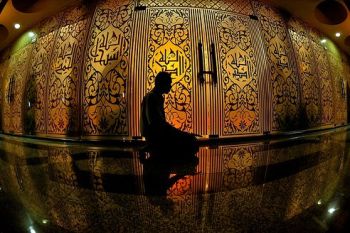 –
Hasan al-Basri was asked, “Why is it that the people who pray at night [1] have the most beautiful faces?”

He replied, “Because they seclude themselves with the Most Merciful, so He adorns them with a light from His Light.”

Memorising the Qur’an is an impossible task,
except for the one for whom Allah makes it possible.

How Much To Memorise? 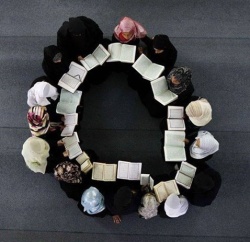 How much Qur’an should you memorise?

Equivalent to the rank and level you wish to have in Jannah. 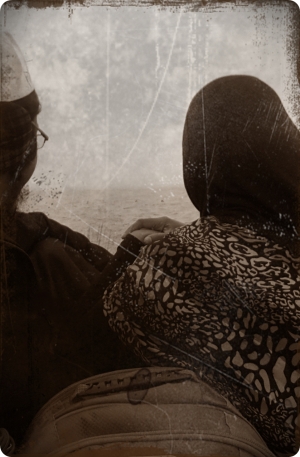 The Reward for Blindness

Abu Hurayrah related that the Prophet

‘Whomever I deprive of his two beloved things (i.e. his eyes) and he then remains patient and hopes for reward, I will not be pleased for him to have any reward less than Jannah.’“

May Allah ta’ala have mercy on all blind people and grant them Jannah for their patience and the difficulty they have to endure in this world, ameen. 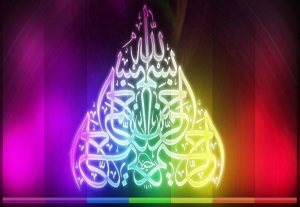 for the Facilitation of